I am a development geographer and PhD student at McGill University. My doctoral research examines the socio-political aspects of urban agriculture in Jogjakarta, Indonesia. My work mainly builds from scholarship on political ecology and feminist approaches. I employ creative methodologies that are qualitative, participatory and ethnographic. I hold a Master of Arts in Geography (2017) and a Joint Honours Bachelor of Arts in Geography & Environment (2014) from McGill University. 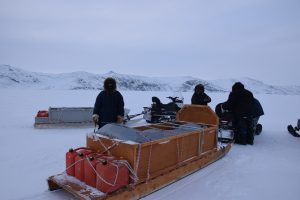 I recently worked with the Canada Research Chair on Housing, Community and Health Research Group at McGill University (2017-2019) and the Institut national de santé public du Québec (INSPQ)  as a project coordinator and research assistant on the community component of the 2017 Nunavik Inuit Health Survey. I was responsible for developing and measuring indicators of community health and well-being. I travelled on board the CCGS research icebreaker Amundsen to carry out data collection in each of the 14 communities of Nunavik between August-October 2017. I conducted qualitative analysis, disseminated findings through oral presentations and posters at academic conferences, as well as through reports for local communities and regional organizations. The results of this work will be used by the Nunavik Regional Board of Health and Social Services to identify priorities for a new strategic regional health plan. 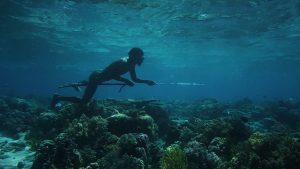 My previous research (2012-2017) critically examined marine protected area -based conservation and ethnic minority livelihoods in Indonesia. Specifically,  I looked at the ways in which Bajo ethnic minority fishing communities in the Wakatobi National Park, Southeast Sulawesi, negotiated access to natural resources that are culturally and materially significant. I highlighted the agency of local Bajo communities and examined the ways in which people covertly resisted what they considered unjust park regulations across intersectional lines.

Between 2014-2015, I was awarded the PFF Community Leadership Fellowship to develop a women’s cooperative in this community backed by local support.